The Secret History of Nottingham Forest and Arsenal 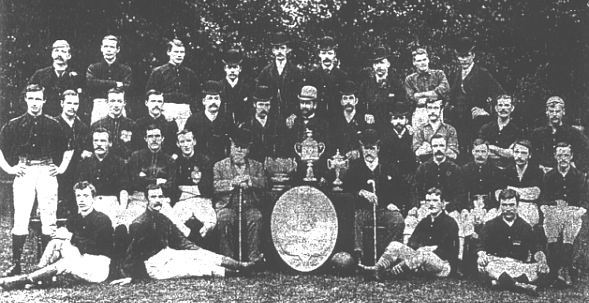 Nottingham Forest have been drawn against Arsenal in the third round of the FA Cup at the City Ground but the histories of the two clubs go back to 1886.

In 1886, before the Arsenal became professional, a small group of Nottingham Forest players, Fred Beardsley, Bill Parr and Charlie Bates, joined Dial Square FC, (the Club’s first name) and brought their old red kit along with them. 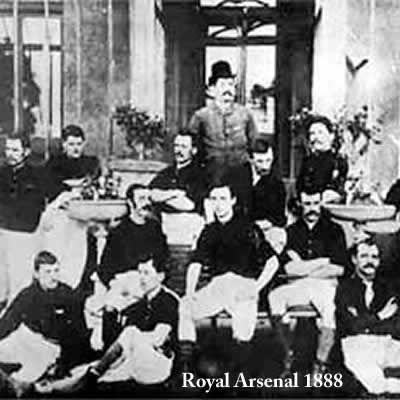 Working to a tight budget, the Club decided the most inexpensive way of acquiring a strip was to kit out the team in the same colour as the ex-Forest players. This original kit comprised a dark red shirt with long sleeves, a collar and three buttons down the front. The shirt was worn with white knee length shorts and heavy woollen socks with blue and white hoops. The goalkeeper wore the same attire apart from the shirt, which was a hand knitted cream woollen polo neck jumper.

It was this dark red kit that the team wore during their first season at Highbury in 1913/14. Beardsley, Parr and Bates’ generosity in providing shirts and inspiring the Club to play in red encouraged several other teams to follow Arsenal’s lead. One of the most famous examples is Sparta Prague whose president, Dr Petric, visited London in 1906. He returned home to Czechoslovakia after having watched Woolwich Arsenal and was so inspired by the kit that he demanded his team play in the same colours. Today, Sparta Prague continue to play in the same dark red kit, not dissimilar to Arsenal’s 2005/06 redcurrant.